Hello, holidays in Russia are over now and business is gradually getting to the regular order. There are a few news points about the Aunite Group. The first one directly deals with the company’s business activity, in particular, it tells that new partner stores joined the company both in the Russian Federation and in the neighboring countries.
The second one is more interesting: on January 20, the corporate quest will start. In addition to invaluable experience, its participants will be awarded prizes, as well as obtain the foundation for new knowledge and skills.

Turning to the technical analysis, we find the situation to be very interesting here. In the previous review, I gave a buy recommendation, although there was no reversal model for this. Now there is a reversal model in place. At the same time, the pair is oversold. Of course, the reversal model takes a little profit in exchange for a greater likelihood of a successful transaction in future. At the moment, there is a general recommendation: buy a pair, because the price remains to be resold. Being closer to the technical description, we should point that a 0.0225 breakthrough should be bought. However, we could also expect an immediate movement to 0.0250. One of the options for the price is to hit 0.0250, then roll back to 0.0225 and with a further possibility of a rebound or return to the level. For a more consistent work, we will need another bounce to the target 0.0250, after which there will be either a breakthrough or a rollback to 0.0225. 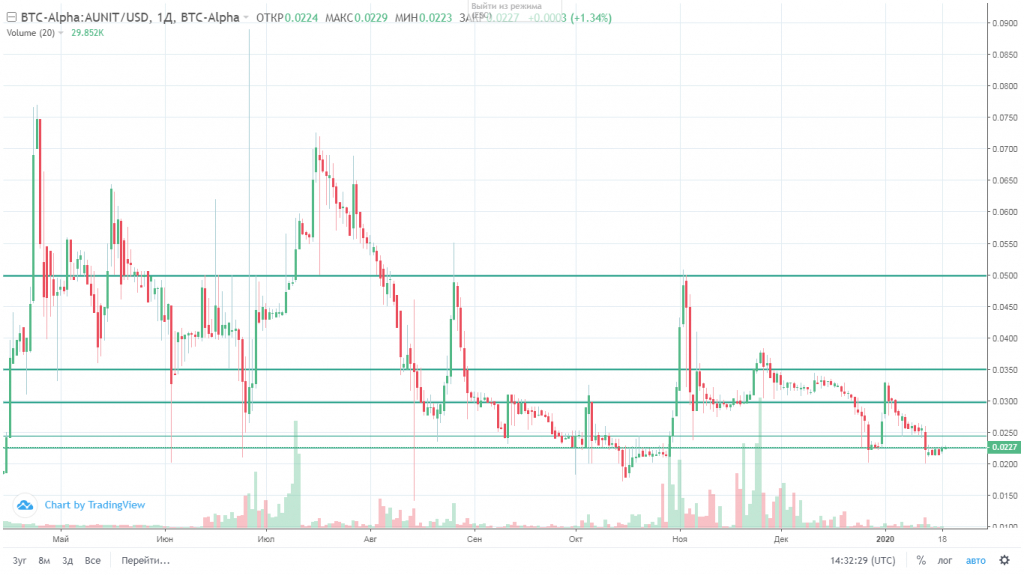 As for the breakthrough, there are several goals for it. The first, a slightly more tangible goal is 0.0300. If there is a breakthrough, then the price would move further to 0.0350 and 0.0500. Of course, each next goal will be achieved after breaking the previous one.

At the moment we are in the area of ​​support of two channels with the goals stated above. Therefore, a breakthrough and upward movement is likely, especially when it comes to 0.0350.

The situation around this cryptocurrency pair is more interesting. In the previous review, I strongly recommended buying a token because it was heavily oversold. The bitcoin rate was even considered, due to this downward flight. Let me congratulate all those who followed the recommendation: the asset surged by 2.5. If you are not in the market yet, you could buy both from the market and with a pending order around 0.00000200. Two options should be used because growth to 0.00000400 can occur right away from the current position, as well after a rollback. Both options are both likely and should be used. 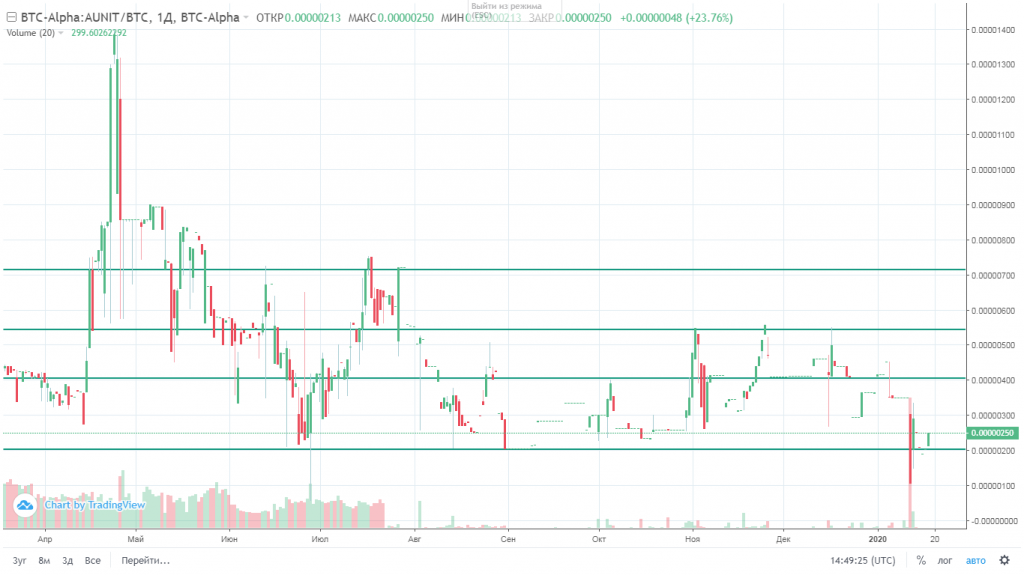 As for the other goals, these are the resistance points 0.00000550 and 0.00000700. It makes no sense to consider goals further, although anything can happen on the cryptocurrency market, especially when the token is oversold as heavily as Aunit.

Good luck to everyone, bye.